The US Federal Reserve (Fed) raised rates by 0.75% for the fourth time in a row, whilst signalling that the magnitude of future rate hikes may moderate, acknowledging the delayed impact of monetary policy on economic activity and inflation. For a brief moment US equities rallied, before Jerome Powell, the Fed chair, poured cold water on the idea that peak rates were near, as he said he expected rates to peak at a higher level than previously thought. US equities, still trading at a sizeable premium versus other internationally traded equity markets, fell sharply, with technology stocks once again bearing the brunt of the pain. Despite the dollar strengthening once again, excluding the US, most other equity markets made gains. Chinese equities were particularly strong, on unsubstantiated rumours that a “reopening committee” had been established to assess different reopening plans for next year.

US equities tumble whilst gains made elsewhere

As of 12pm on Friday, London time, US equities were down 4.6% over the week, whilst the US technology sector had fallen 6.8%. European stocks, however, rose 1.2%, with UK equities rising by 3.5%. This followed the Bank of England’s governor, Andrew Bailey, heavily guiding markets down on future rate rises, having put rates up by 0.75% this week, taking the base rate to 3.0%. Japanese stocks were up by 0.9%, whilst the Australian market increased by 1.6%. Emerging markets climbed up by 1.8%, with Latin American markets increasing by 4.5%, and onshore and offshore Chinese equities rising by 5.3% and 8.7% respectively.

The yield on rate-sensitive two-year US Treasury bonds, which move inversely to price, rose to its highest level since 2007, now trading at 4.75%. This is sharply higher than the 10-year bond which is trading at 4.16%, leaving the yield curve inverted, signalling an impending recession. The yield on 10-year German Bunds rose slightly over the week, now trading at 2.29%, whilst UK gilt yields rose to 3.56%.

Gold traded up to $1,653 an ounce, an increase of 0.5% over the week. Whilst Brent crude oil rose by 2.2%, now trading at $97.9 a barrel, and US WTI (West Texas Intermediate) increased by 4.2%, priced at $91.6. European natural gas, having fallen sharply over the last few months, rose by 10% over the week, taking the price to €121 Megawatt Hour. This price is likely to be very volatile in the coming months, exacerbated by the limited gas storage capacity in Europe and the prevailing weather impacting winter demand.

The governor of the Bank of England forecast a year-long recession in the UK this week, as consumers battle a cost-of-living crisis against the backdrop of sharply higher energy prices as a direct result of the Russia-Ukraine war. What was perhaps striking, was how well the stock market performed against this rhetoric, a result of just how cheap UK equities have become, and expectations that the recession will be shallow. However, the pain was taken in the currency, as sterling fell against both the dollar and the euro, now trading at $1.12 and €1.14 respectively.

Fed looks for evidence to justify a hiking slowdown

The latest jobs report from the US Bureau of Labor Statistics is due out today, with forecasts of 200,000 new jobs having been created in October, down from 263,000 in September and 315,000 in August. Whilst unemployment is forecast to rise to 3.6% and wages to have risen by 0.3%, the same level as they rose in September. The Fed will be looking for some moderation in employment data before slowing down the tightening cycle, otherwise, the risk for markets has to be for further 0.75% rate hikes. 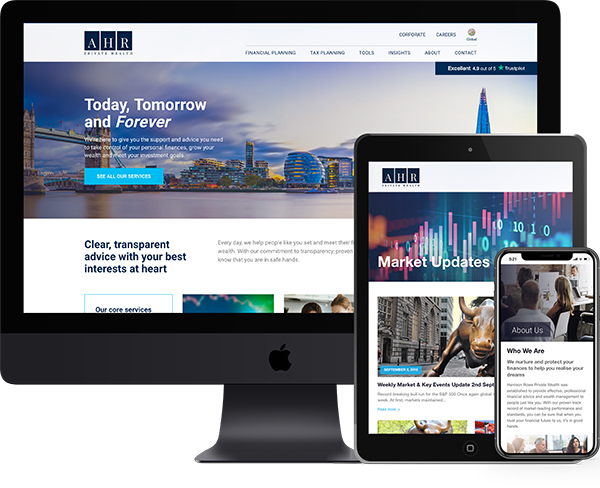 Stay up-to-date with our latest posts and updates

Get in touch with us

Stay
Up to Date

If you are a new client interested in properties and investments, you can subscribe to our mailing list. Please fill in your name and e-mail address and be the first to receive email updates on new project launch announcements, sales, news and more.

We’re here to help, whenever you need us

Whatever your current situation, our friendly team of financial experts is always on hand to help put you on the path to a brighter financial future. Take the first step by getting in touch today.

Disclaimer: The material provided on this website does not constitute financial advice and is for information purposes only, the information provided is subject to change without notice.